Friday after work I drove to the airport, left my car at Fast Park, and took the shuttle to the terminal. I was taking a flight on Delta to Orlando to meet up with friends who were visiting from California. I went through the process of standing inside the X-ray machine, or whatever that new monster is called. There were very little people there, so it went smoothly. As I made it to the gate I was welcomed with the news that the flight was delayed until 8:25 pm.

It was now 6:30 pm and there was not much to do until such time. I walked to the nearest bookstore, and browsed through their limited selection. Nothing caught my eye. There was a huge amount of Self Help Books, and really was not in the mood for another Chicken Soup for Anything. I kept on walking, looking at people, wondering where they were heading.

I have always been fascinated by airports. There was a time when going to the airport was not such a production, and I used to go, sit and people watch. Tons of books that can be written by the people you encounter there. I went to the Food Court, and wondered from Gilbert’s Bakery, Mc Donald’s, and Bongo’s, to end up in some type of chicken place from the islands, whatever that was. I ordered a chicken breast with black beans and rice, plantains, and bread a lo cubano. It came in a round, covered plastic plate, which had been heated up by the ever-efficient Mr. Microwave. I sat in a table in between three teenagers who looked Middle Eastern, and a lonely Latin man in a uniform totally engrossed in his laptop. I ate little by little and looked at every movement made around me. At times I felt like Linda Blair in The Exorcist turning my head all over the place. I was taking mental notes, because I felt too lazy to write anything down.

I was counting on my good memory; something that was still working properly in my body. After eating my rubberish meal, I looked over to Gilbert’s and thought I deserved something sweet, even if my sugar level sky rocketed to an undesirable number. I walked up to the counter, and this short, young guy with a great smile and seductive ways offered to help. I chose dulce de coco, and a small cortadito. Paid for it, and sat in another table, on the opposite side. In front of me a family of five ate and waited for their flight. The father who was seated facing me could have been Tim Robbins’s long lost twin. I couldn’t stop staring at him. I finished my dessert and coffee and headed to walk the terminal. I went from store to store not finding anything that I could buy to entertain me. I came across so many people that caught my attention. A group of Delta employees sat in a corner of the gate, talking up a storm about how badly the people drove in Hialeah. I wanted so bad to interrupt and say that it wasn’t only in Hialeah… but oh well! I sat at the gate, and as I looked up I came across this Latino, who was wearing sunglasses and a cap. His face was totally hidden, yet I could feel his eyes looking at me.

He was wearing blue and white plaid shorts, navy blue t-shirt, and white tennis shoes, and a gold wedding band. I took out Wendy Guerra’s poetry book, Ropa Interior, which I had taken with me. I tried reading, yet felt a bit uncomfortable with the constant staring of the mysterious man. After maybe a half hour or more, I could not sit still anymore and got up and ran to the bathroom. Needed to walk and calm my anxiety.

I found a vacant spot in a different area, and my mind started to wander, to daydream about everything and anything that popped up.

People were passing by, each with a different air; a dark or light aura. A slender blond with a messenger bag that came undone as he was walking and left him annoyed trying to recuperate everything that fell to the floor. A group of Brazilians were shouting, being alive, and talking among themselves, happy to be off the plane; wherever they were coming from, or going to. At last, they announced we could start boarding, and I got up and went up to the gate.

Entering the plane I was greeted by this funny, pleasant fly attendant with a very daring hairdo. I had never been on a Delta plane this small. The seats were extremely hard to sit on; but it was a very short flight anyway. I was seated on the aisle, all by myself. I put my bag in the overhead bin, and sat with my seat belt on. The man with the cap and sunglasses boarded, walked by, and sat a few rows behind me. I tried to empty thoughts and just relax for takeoff, but the sky outside and its many shades of color made it impossible to do so.

I took my camera and snapped away picture after picture, trying to capture those incredible colors, to capture that very moment so I could remember later where I had been. Every time I sit on a plane all sorts of things invade my brain. I think of pending things, f my family, friends I hold close to my heart, and him…my eternal lover. For some reason my eternal lover is more present than ever these days. It has become difficult to even breathe without thinking of him. I keep saying to myself that I am in control, that we are just friends, that his uncertainty about me is not causing me any harm. Of course I am continuously lying to myself and others, because he is in my thoughts, and plans 24-7.

But as I sit back on this horrible seat, I close my eyes, and I breathe, trying to cover up my feelings one more time in. I look out the window, and search for some comfort in the reddish and carbon hues the clouds are forming in the infinite sky. The flight attendant interrupts my thoughts asking me if I want to drink something; a Diet Coke, I say. Little by little I am trying to be courageous, telling myself that I need to put a stop to this bizarre relationship I’ve been producing all this time. The altitude is making me a fearless warrior, ready to plunge my spear into anybody or anything that attempts to change the course of my actions.

We land. I never got the Diet Coke the fly attendant offered. She simply forgot about me. I pick up my bag and head out slowly as if what’s waiting on the other side is not enticing to me. I take the shuttle to the main terminal with a throng of weird, oddly dressed people. As I make it outside looking for some air, and waiting for my friends to pick me up, I encounter the mysterious man with the cap and the sunglasses; only this time he takes the sunglasses off and looks at me without any shame. I walk away looking down, not wanting to see him or anyone else. I am simply thinking that maybe this time things will be different; that my eternal lover will miss me enough to confess his real feelings for me. That I won’t have to seek sex and embraces anymore from other people, some whose names I have chosen to forget. My friends arrive, happy to see me, looking forward to our weekend together. I am sporting a giant smile, disguised as usual, trying not to show the real me.

We arrive at this incredible hotel, with a huge suite tastefully decorated, and a balcony with a view. I turn my cell phone on to discover my eternal lover has called, and left a message. I think twice whether I should call or not. I had made all these promises; I was sure this time I was not going to default on my plan…

I look at the mirror and see my face, and the smile it is sporting… and I wonder, life is about small victories: a few moments of pleasure, a few dollars to spend, a few people that come into your life that can generate the love, the need...I stop and decide not to torture myself anymore, to take things as they come, to stop wanting to control every minute of the day, to let go, and receive what is there at my fingertips…


​Manuel A. López
(From his book of short stories Room at the Top)


Manuel A. López. 1969, Morón, Cuba. Writer, poet and cultural promoter. In 2006, he opened the much talked about Zu Galería, a space that gave shelter to most art-related events. After closing the gallery in 2010, he created Project Zu, a literary project which meets every month in the Alliance Francaise. His first book of poetry in Spanish Yo, el arquero aquel was published last year by Editorial Velámenes, and his first book of short stories Room at the Top, was published recently by TheWriteDeal as an e-leaf. He has contributed to publications including Arique, Baquiana, Contratiempo, Linden Lane, and La Peregrina Magazine. A work by Lopez was among 40 poems selected to commemorate the 75th year of the disappearance of Amelia Earhart. The collection, released in a single leather-bound volume, is on display at the Amelia Earhart Museum in Kansas.

To read Room at the Top go to:
http://www.thewritedeal.org/bookstore/181/ 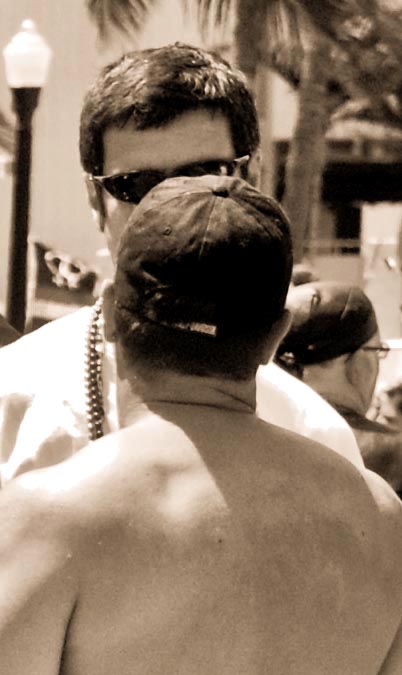 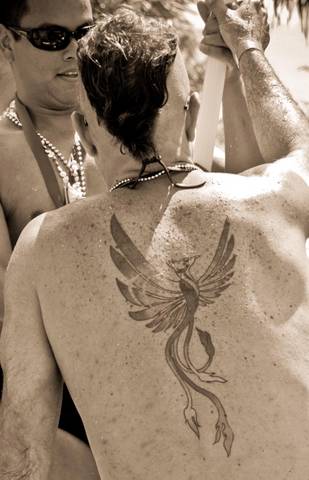 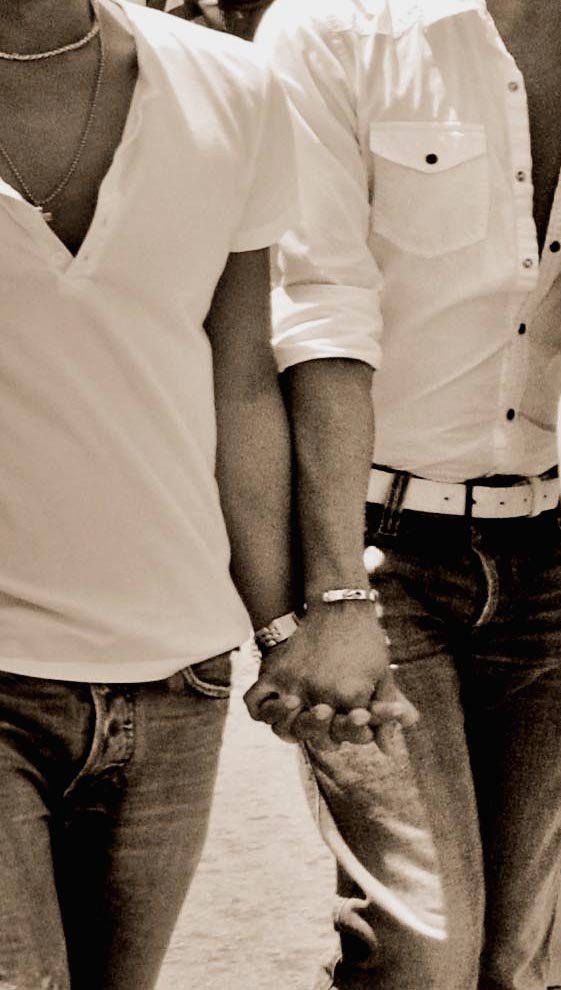